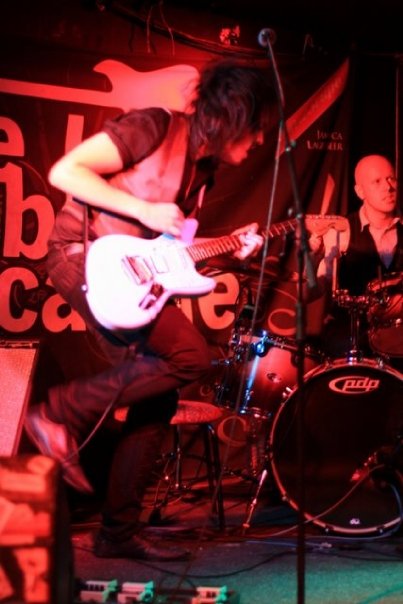 I used to play drums in The Pistol Gang & The Preacher with my friend Sam Legassick on guitar/vocals (yes, him again) from around 2007 until 2017. We mixed a bit of garage rock and punk with that kind of indie-disco stuff everyone was doing in the 2000s. Photographic evidence suggests we used to wear waistcoats in the early days.

It was orignally just us, but Matt Jarman joined on bass around 2009 I think. He quit then rejoined at some point, and then it just kind of fell apart sadly. It was a lot of fun full of spontaneity in the song writing, with energetic live performances where Sam would usually hurt himself.

We released 2 EPs, and then Sam put out a collection of old unreleased recordings with a performance from a Xmas gig we did in 2015.

You can listen on Spotify or via Bandcamp below:

I don’t really think the Pistol Gang recordings did us justice so here’s a gig we did which I think is pretty cool. (Me on drums)