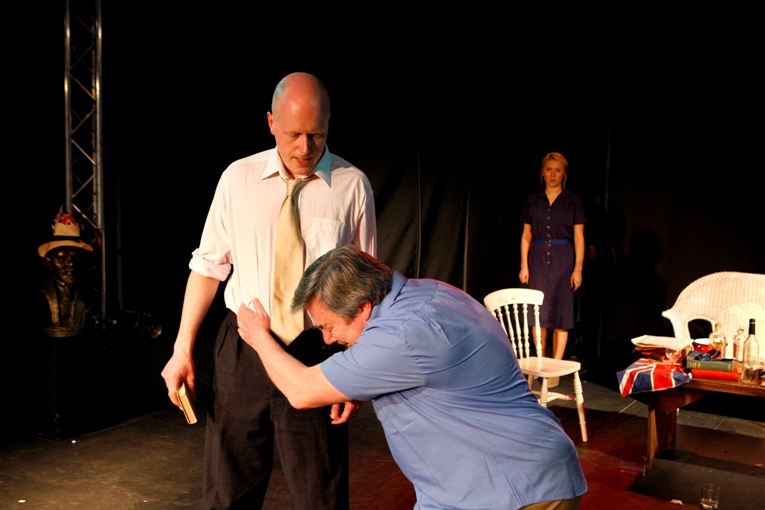 Burgess (Gareth Pilkington) — along with his co-conspirators Philby (Richard Holt), Maclean (Rich Keeble) and Blunt (Jacob Trenerry) — was once notorious as the camp, bibulous Communist who ­vanished from London and re-emerged in Stalin’s Soviet Union. 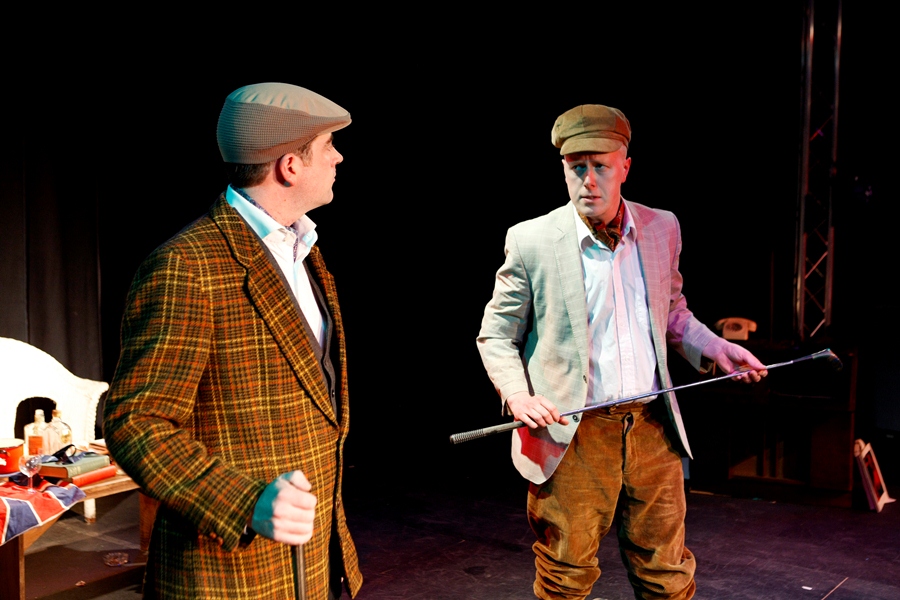 We are shown Burgess exiled in Moscow in 1963. He is in bad health, physically and mentally. Though brilliant, he refuses to learn Russian. He wants to return to England, but the Soviets will not allow that.

In a successful production which was featured on the BBC Review Show, Rich had to engage in quick costume changes, gay kisses, and even learn some Russian. 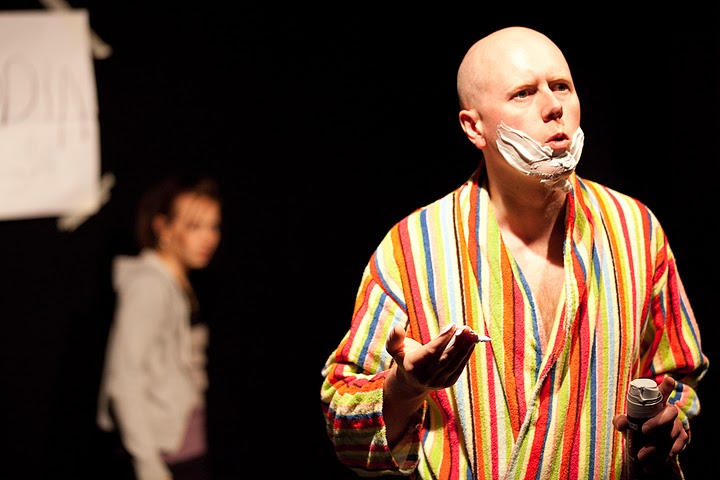 Code named: Prometheus (Rob Wainwright) has been employed in his role for many years by ‘The Organisation’, assisting the World’s most sought after criminals in avoiding spending a lifetime behind bars. But tonight is different, he has been assigned a new colleague, code named: Eris (I know… he doesn’t like it either), a man devoid of manners and not averse to the odd bit of mischief. Although Eris(Luke Kaile), will soon become Prometheus’ only hope when the pair discover that their next client (Rich Keeble) is the one person whose name invokes nothing but dread, for he is as bat-crazy as they come. Throw in an overly-eager chav, a girl with a fierce temper and a random innocent French woman and code named: Prometheus…is screwed 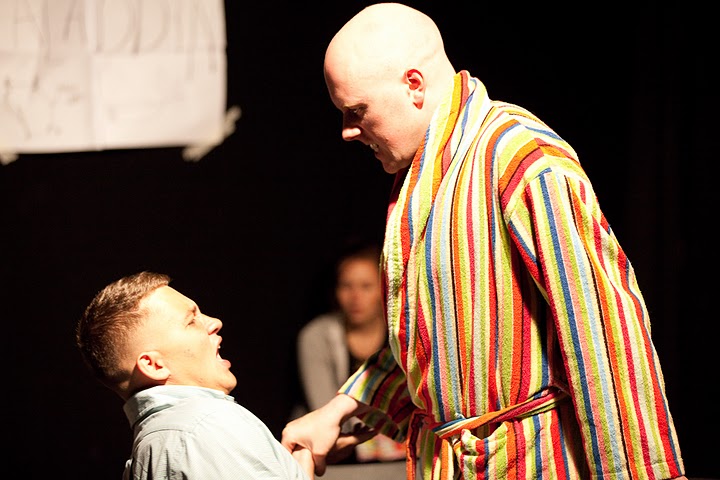 In this sell out original black comedy by Luke Kaile, Rich had to wander round in a dressing gown, smearing his face with shaving foam, drinking neat cordial and terrifying the audience with “ear-splitting rants”. Interestingly, many audience members were apparently too scared to meet Rich after the performance for fear he was anything like his character.