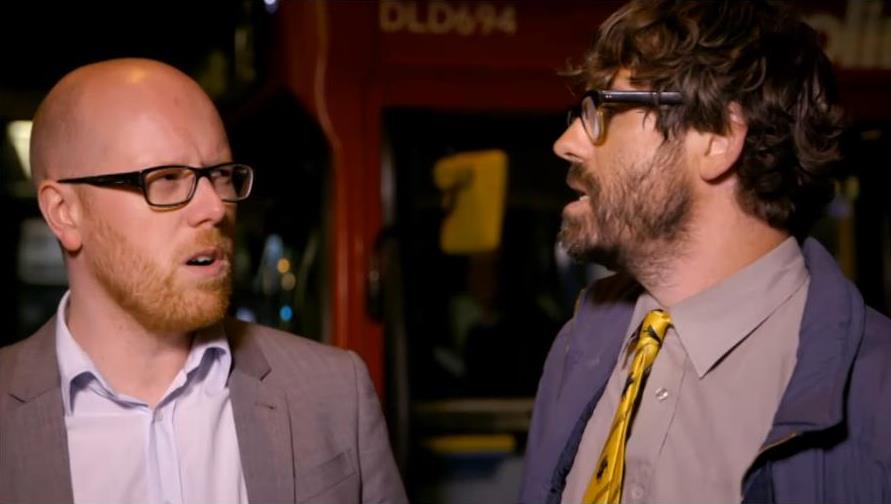 A couple of nights ago I was in the Feeling Nuts comedy night. As you can see I’m having a very serious conversation with Angelo Epithemiou (Dan Skinner) on the streets of Camden, while he has some fake testicles hanging out of his trousers. I thought this segment was actually appearing in the Stand up to Cancer night and that I’d missed it but it was part of a separate show. I say about two words. We did a few takes, my role being slightly reduced with each one, but to be fair with this kind of thing it’s not about me, it needs to be brief and Dan Skinner does seem very nice. Barry from Watford calls me a twat as well, which is probably a reasonable claim to fame? Oh, and no, I never did find out what he has in those carrier bags.