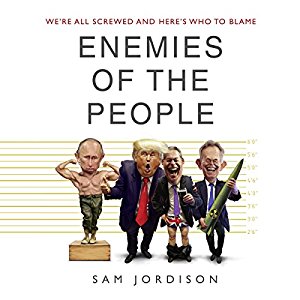 Hi guys! This month two audiobooks came out that I narrated. Let’s start with the “satire”… this topical satire book was great fun to read and is definitely worth checking even for the last incredible chapter alone. Here’s the pitch:

There was once a fashionable theory that history was determined not by individuals but by economic and geopolitical forces. Recent years have proved that idea abundantly wrong. From Nigel Farage to Donald Trump via (inevitably) Vladimir Putin, we have largely been governed, endangered and thrown into confusion by a pack of angry men. (Nearly always men. Nearly always white). Men whose ambition is inversely proportional to their ability – and stability. Post-truth, mid-Brexit and with Nationalism on the rise, we stand on the precipice of an uncertain future, and Enemies of the People details those who have stuffed us on the bus and driven us there. Not all are monsters, but whether through malice, bad driving or accidentally taking a wrong turn, these are the culprits responsible for landing us on this dizzying and windswept cliff edge.

Remember, though – they say history is written by the victors, and fortunately many of those currently winning can’t seem to write more than 140 characters at a time. This gives us the golden opportunity to set the record straight and snatch back the narrative. But if we’ve any chance of victory, we first need to know our enemy.
©2017 Sam Jordison (P)2017 HarperCollins Publishers 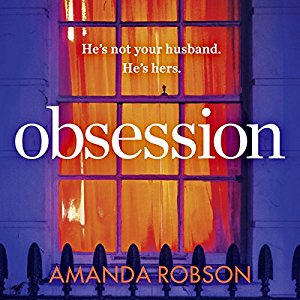 And now the “sex”… I enjoyed this thriller in a very different way to Enemies of the People. There’s… you know… sex in it. I play Craig in this multi-narrator book that really does move along quite nicely!

Two couples. A doctor’s surgery. A deadly obsession. Who’s telling the truth?
‘Who else would you go for, if you could? Give me a name, someone you quite like.’
He shrugs his shoulders. A jawline held tight.
‘I quite like Jenni. What about you?’
I don’t reply.
Carly and Rob, Jenni and Craig. Two couples, four friends. Betraying each other. Wanting each other.
All of them have access to prescription drugs through the medical practice where they work, and all of them are fighting their own demons.
But can any of them be trusted? And when the lies begin, can they ever be silenced?
©2017 Amanda Robson (P)2017 HarperCollins Publishers

All available on Audible! Don’t forget to leave a good review!