Available to watch on IMDb  here. 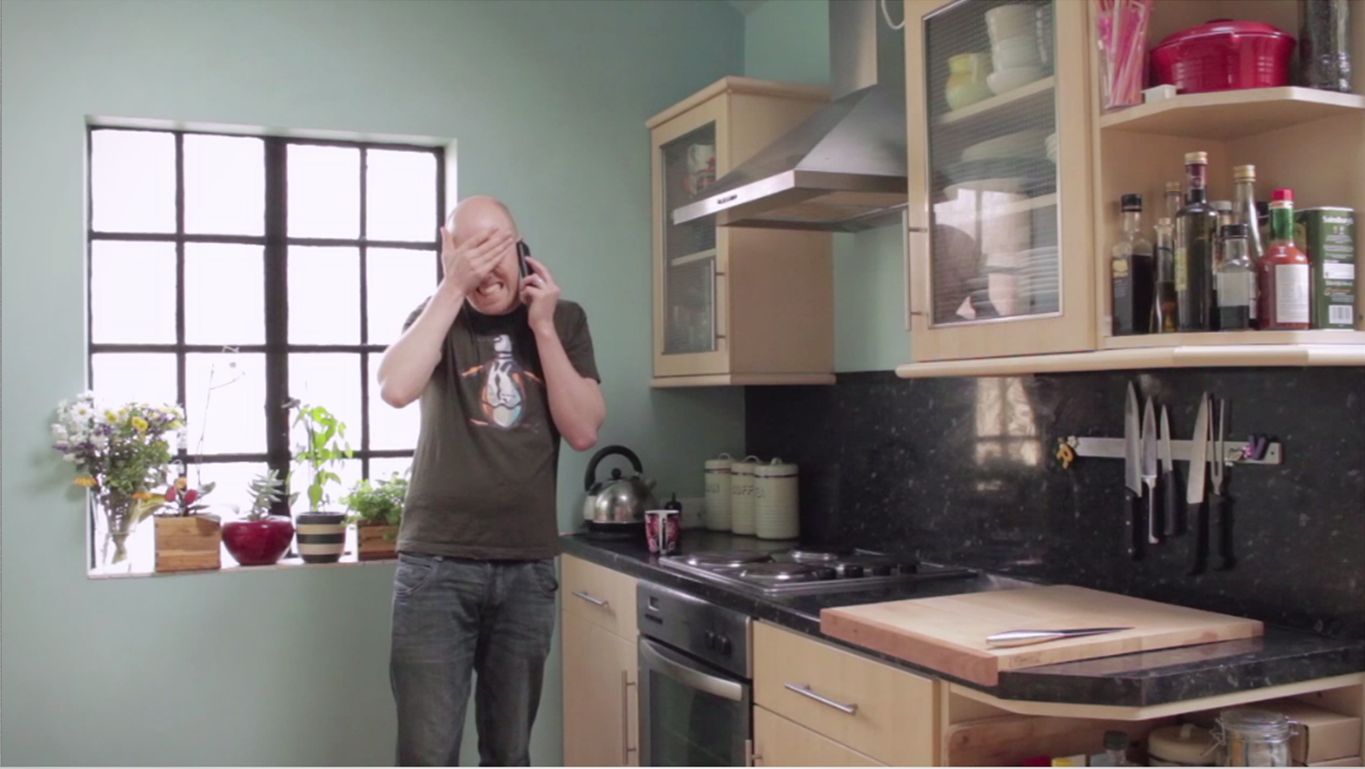 Having briefly met his idol, American Actor Tom Lenk, after Tom’s 2011 Nerdgasm live show in Soho, Rich Keeble….to leave a message on Tom’s agent’s voicemail, which doesn’t end up how he planned.

Based on “A Slightly Exaggerated Reenactment of an Actual Voicemail I Left for Tim Gunn”, written by & starring Tom Lenk, directed by Andrew Putschoegl.

Director Bio
Paul works in the visual effects industry after studying computer animation he actively enjoys the challenge of film making and photography, which he hopes to tie together to make interesting projects that satisfy a thirst.

Cast Bio
Rich Keeble is an unrecognisable comedy actor who frequently gets mistaken for other bald actors. He has been on proper TV with lines and everything, appearing on Lee Nelson’s Well Good Show (BBC) and more recently Alan Carr’s New Year Specstacular (Channel 4). He co-writes and co-stars in comedy web series All in the Method (available on Youtube and at www.allinthemethod.com ) when he’s not busy doing this and that.

Film Facts, with Rich Keeble
Tom Lenk is one of my favourite actors. My wife, Vicky and I went to see his Nerdgasm live show in 2011, and managed to meet him afterwards. I have no idea why I was wearing a jumper and scarf in a hot theatre, but that’s why I look so red in the photo.

Our film is a remake or “response”. I stumbled across Tom Lenk’s video on Youtube, A Slightly Exaggerated Reenactment of an Actual Voicemail I Left for Tim Gunn, and thought it was funny.  Having just met him,  I thought it fitting to do my very own version.

Paul tried to replicate the shots and general style of the original. However, we wanted to make my phonecall a lot more awkward, similar to the humour portrayed in shows such as The Office. Where Tom phones his idol to suggest hanging out and embarrasses himself by going on too long and forgetting to leave his number, I wanted to be trying so hard not to be offensive, that I end up babbling on about animal penises.

I have no idea if Tom Lenk has actually seen it. I hope he will see it. Andrew, the Director of Tom’s original, said he’d watched it and enjoyed it, but maybe he was humouring me.

It was semi-scripted. A lot of dialogue was improvised and so we threw a lot away in the edit. We weren’t sure how it should end, and I think Paul did ten different edits before we decided on the final cut.

We made it difficult for ourselves. During the edit it became quite clear that Tom and Andrew’s film was more slickly done than ours. We couldn’t use some good takes because they didn’t cut well with other takes in other locations, but I think the way we cut out other bits to leave the viewer guessing works pretty well.

I played the music myself. Having zero budget we wanted to avoid any copyright/licencing issues. I believe it cuts just before I hit a wrong note.