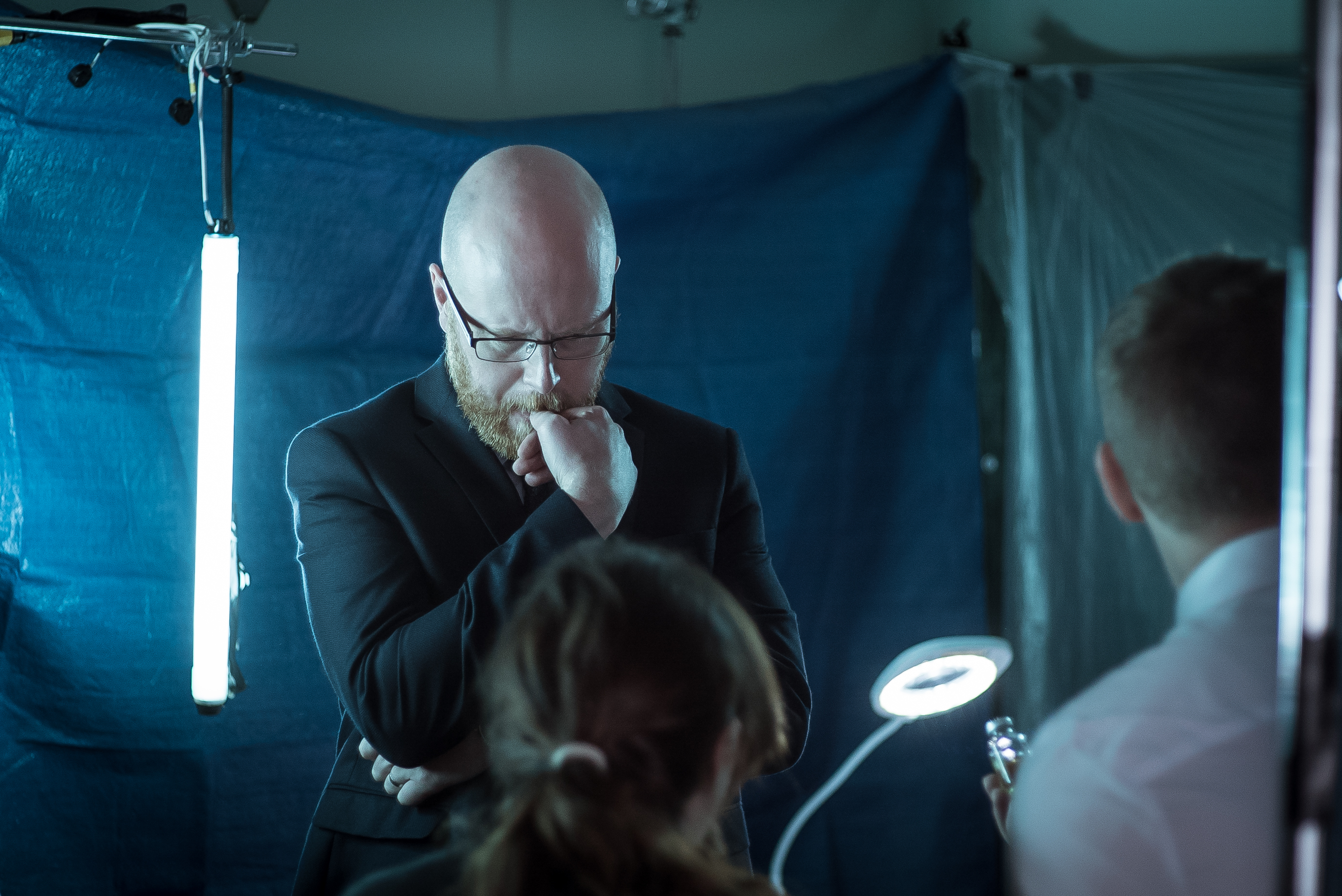 Well well well. So I just spent 3 weeks shooting the Criminal Audition, where I played the character of William. I posted about this film back in November 2014 when I was due to have a little cameo, and appeared in the comic crowdfunding video. You may remember of course that I was in the original play back in 2011(!). Anyway, fast forward 3 years, major script rewrites, production changes, character recasting… and here I am playing one of the leads. I’m very grateful to Luke Kaile and Sam Gridley, and the rest of the team, for casting me in this great film where I had some incredibly enjoyable scenes getting to flex some different acting muscles. It’s also great that Luke has finally managed to get his film made after a lot of hard work. I look forward to seeing the final results, which are being edited as we speak. There’s me preparing to do some “serious acting” in that photo.