I’m sure by the time you read this it’ll be too late, but we’re doing a live show at the Drayton Arms tonight. It’s a mix of sketches, solo stand up, and exclusive pre-recorded VTs, which is a work in progress if you like for our Edinburgh show next year. It’s called Kaile, Keeble & Kuntz, and here’s the poster: 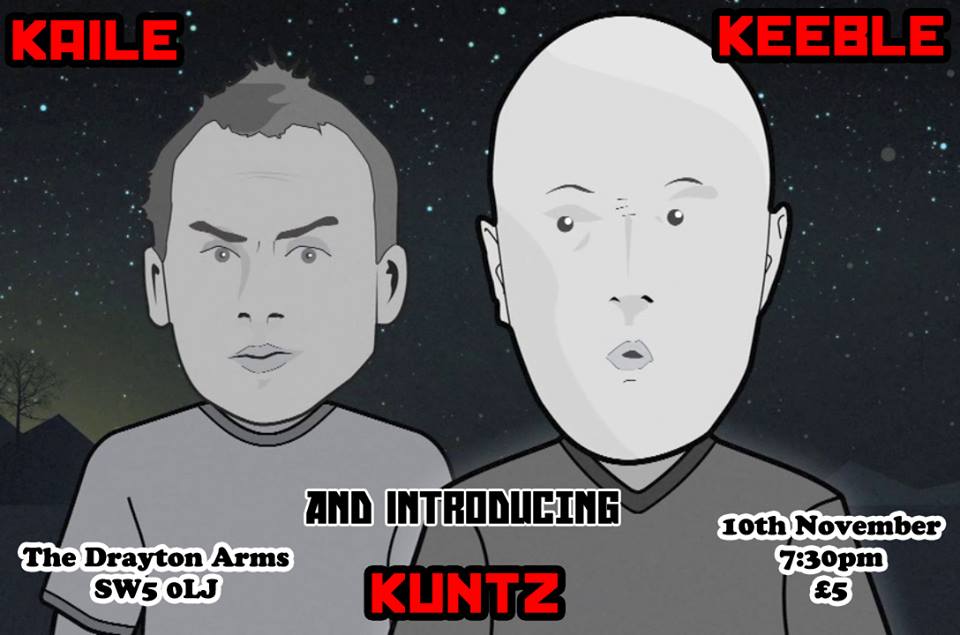 It starts at 7.30, tickets are available here, although I’m sure you can get some on the door. The show also features the excellently funny Miranda Dawe.

Now if you were thinking how brilliant those cartoon versions of Luke and I are, they were created by another amazingly talented friend of mine, Jon Shortt, and these are actually taken from proper animated versions that form the titles of our new online sketch show, ‘hilariously’ titled the Kaile & Keeble/Keeble & Kaile sketch show. You see, the joke there is that we can’t agree on who’s name should go first, and in fact the first episode below is based on that very premise!

Oh hang on. You’re saying that if you have to explain a joke, it’s not that funny? Shit.