Islanders need to have every weapon in their arsenal on the hunt for love! @LoveIsland #LoveIslandhttps://t.co/lSsmUvo0Vm

So here’s the first online advert for Love Island that I recorded for ITV the other week. You’d never guess that I did the main VO and the voice of the Small Talkulator itself would you?!

Cocking about with a car for a corporate 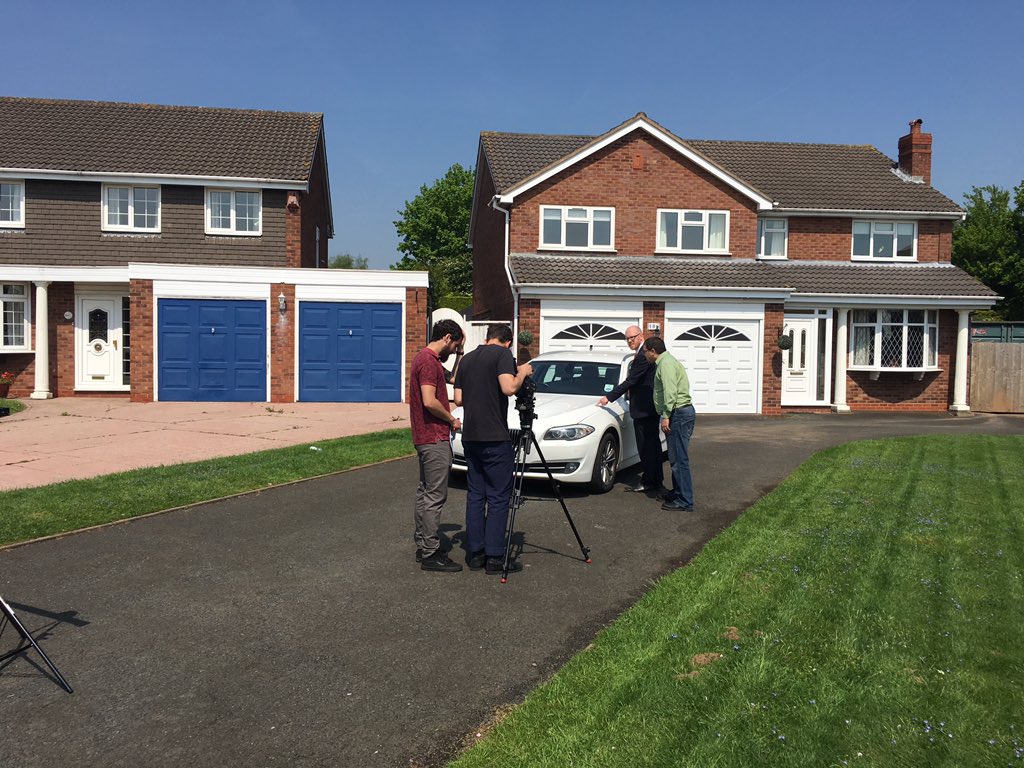 Here’s me playing an inspector for a corporate video for a car leasing company in sunny Birmingham. As you can see I am pointing to a part of the car. I believe it’s called the “bonnet”. 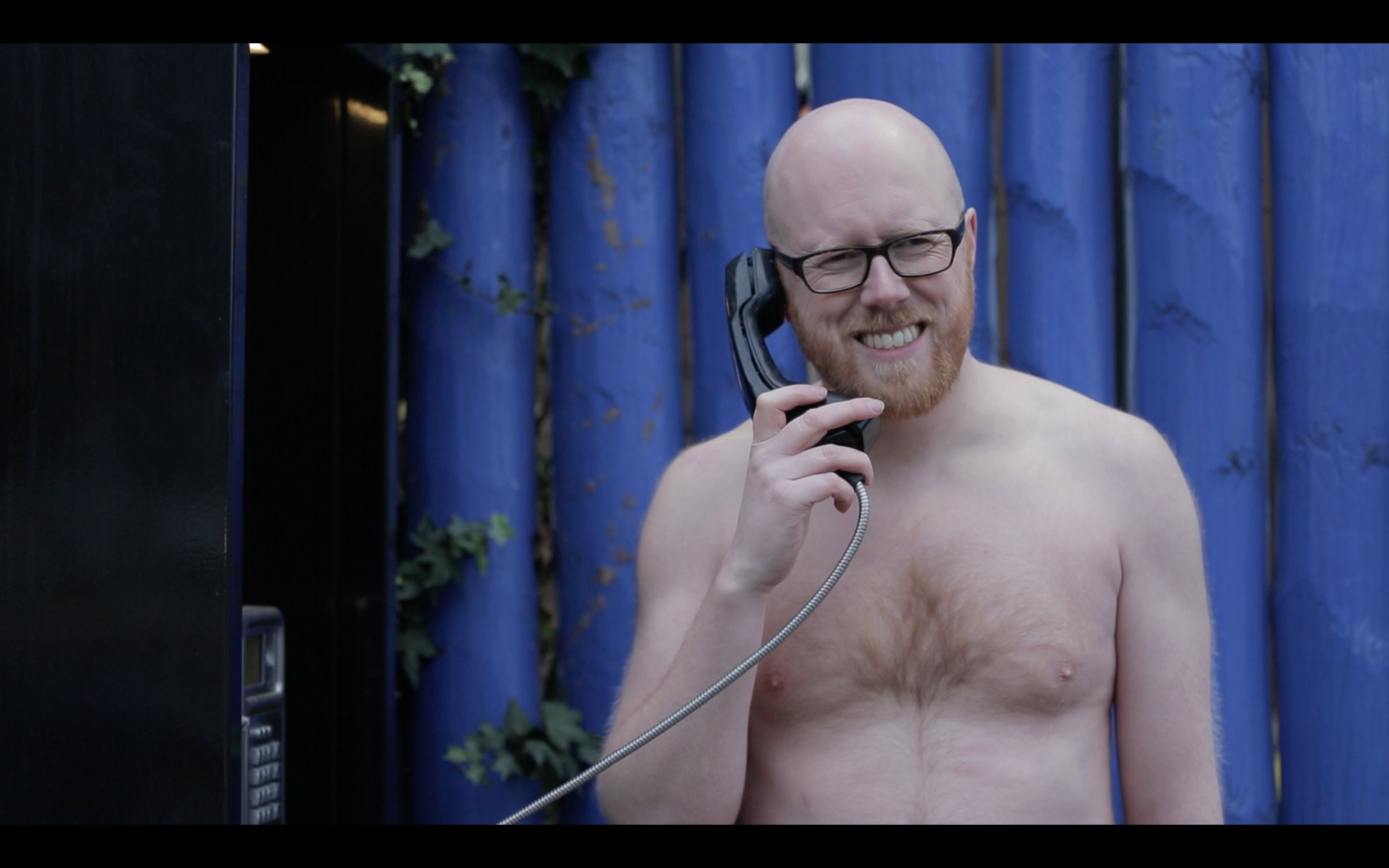 Very exciting news guys – we’ve now filmed the final episode of Series 2 of Rich Keeble Vanity Project. Enjoyed some great work from actress EJ Martin who had to endure me in some rather compromising positions. We’re looking at getting something out there in June. Don’t forget to check out Series on Youtube if you haven’t already (and subscribe!) and check out the Facebook for updates and some exclusive stills! 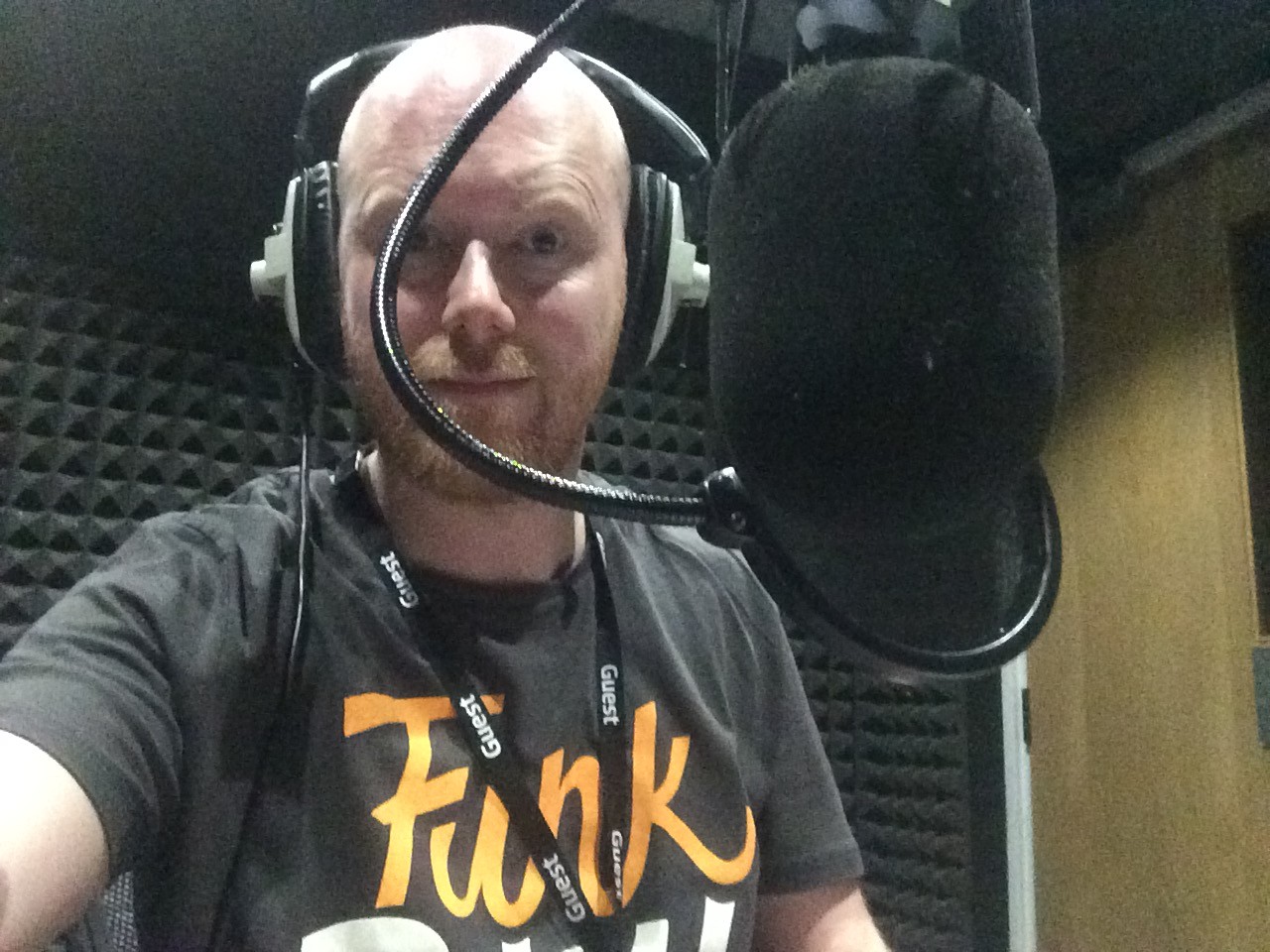 Here’s me being very professional and taking a photograph of myself in ITV studios today, having just recorded some VO for some comedy online adverts for the new series of Love Island. Probably can’t say much more than that at the moment but don’t you worry, I won’t shut up about it once they’re out there. 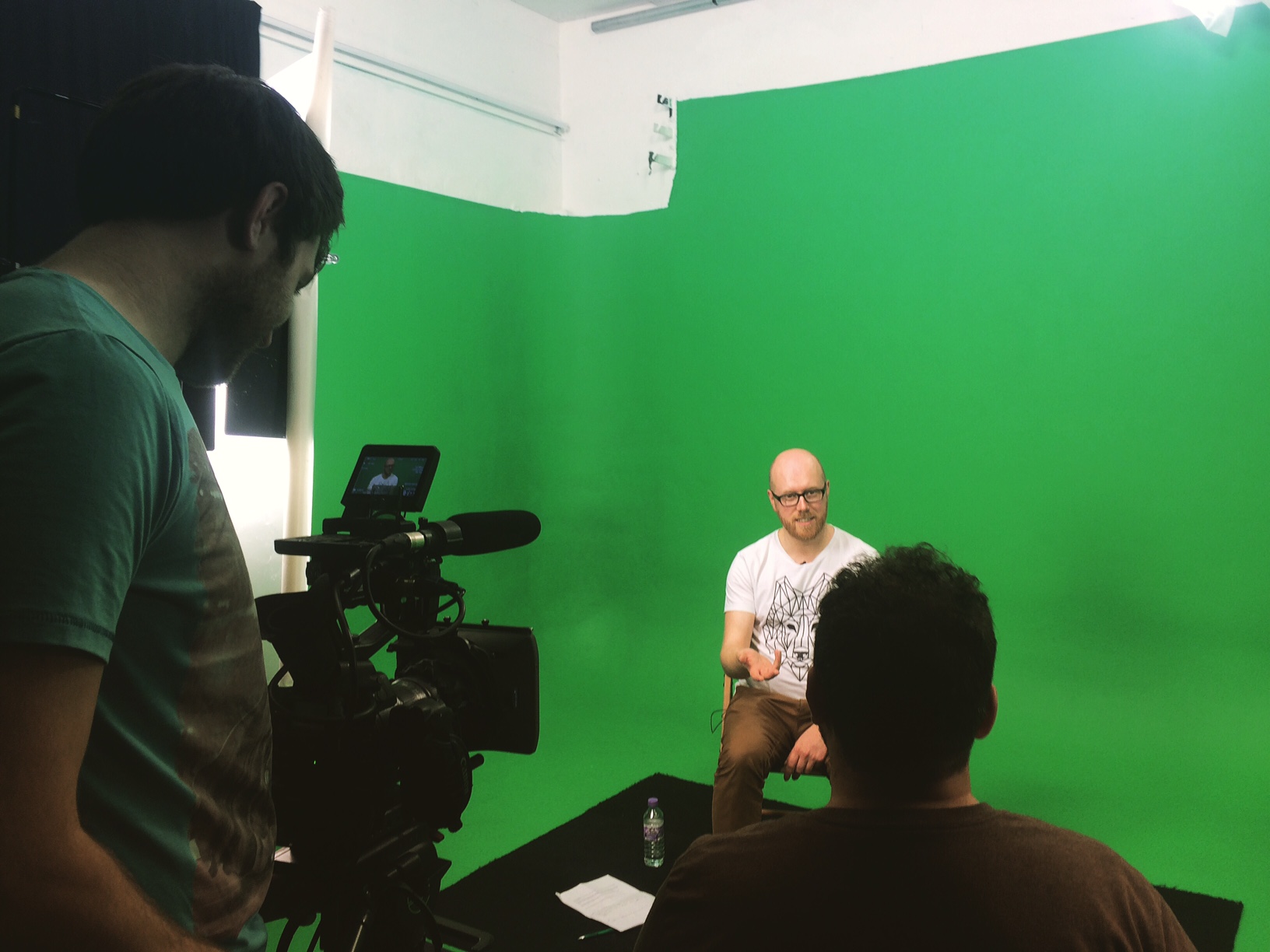 Here’s me talking to director Nick Mavroidakis about some clips of animals doing things. You see, I’d prepared some “funny” things to “say”. It’s for a TV show called Animal Antics which should hopefully be out later in the year.

I know I’ve posted a lot of stuff about Doubleshot this year but I did do a load of stuff for them! The last two videos I did for them, which were actually quick little voiceovers, are now released here! I’m sure it’s just a coincidence that the guy in the videos is bald.

What’s commuting got to do with video production? Watch this video on the fly. #videomarketing #animation pic.twitter.com/7AULlU2wk2

When all you want in life is a marketing video and some cucumber maki… #Sushi #animation #videomarketing pic.twitter.com/mKbIUQmx2r 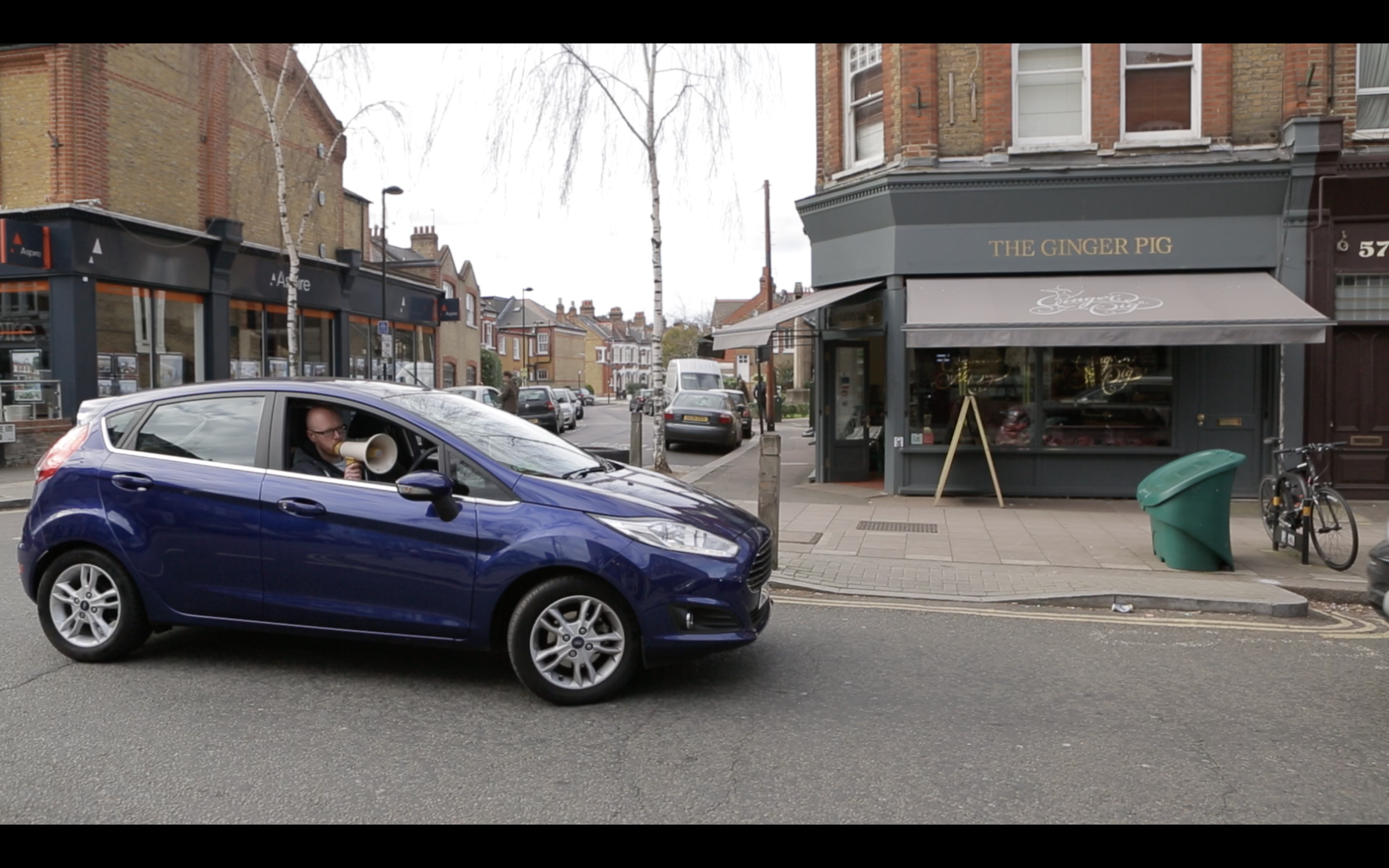 So here are those Doubleshot videos – the first 2 are less than a minute and embedded from Twitter, the last one is the main video from the Doubleshot website which is embedded from Facebook. I think they’re pretty good!

Have you heard of us yet? Visit our website to learn more about #videomarketinghttps://t.co/5P7VMfotZD — Doubleshot.tv (@DoubleshotTV) February 18, 2016

Making a video with us is a smooth operation…https://t.co/hVZhLyAfvl

My Third Shot of Doubleshot 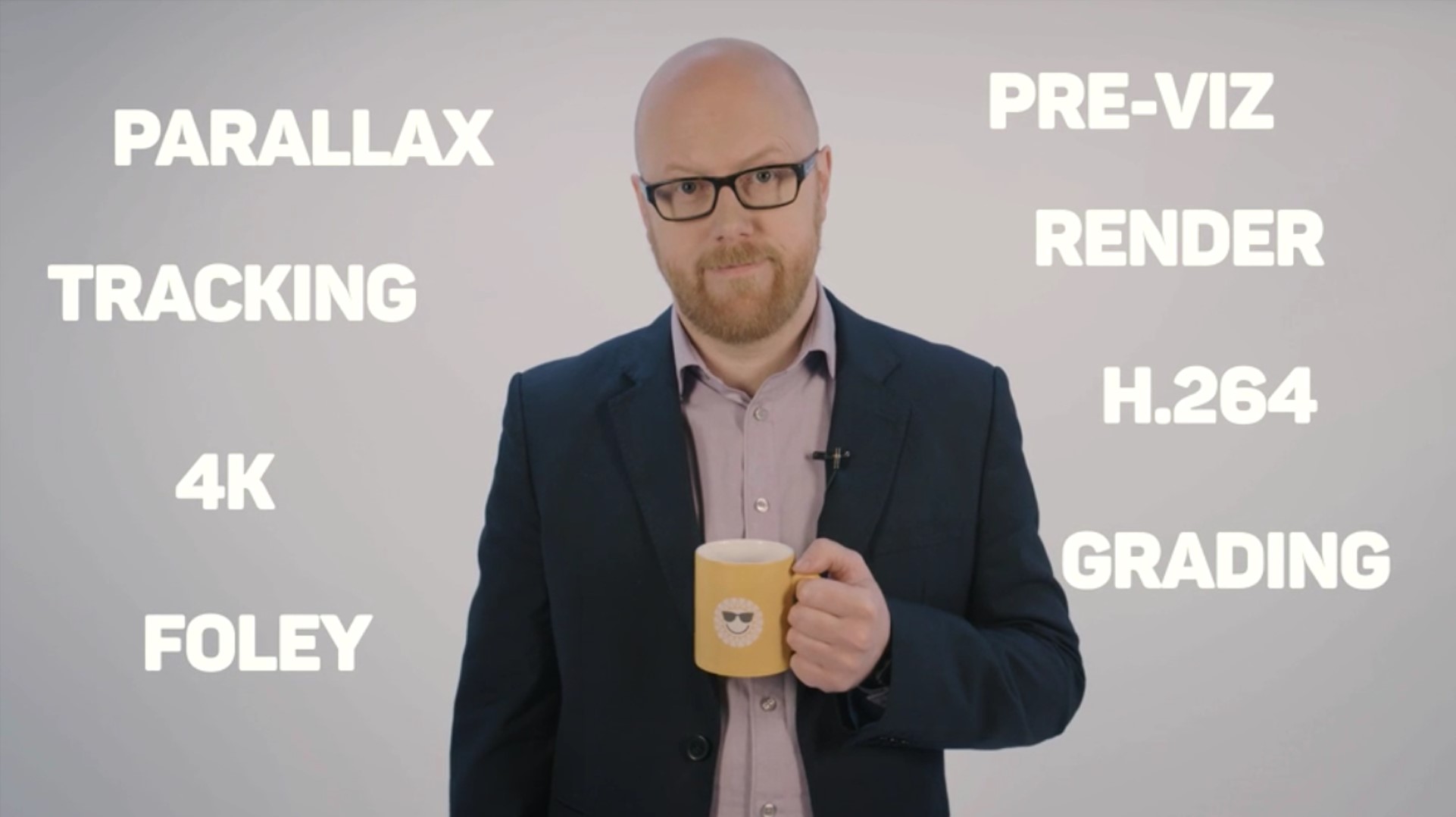 Last year I did a couple of training films for a company called Doubleshot. One was actually an interactive training computer game thing for Zurich, where I played a comic narrator character who would introduce the scenes and get caught up in the action, and the other was for Retracare where I played another comic character in the form of a store manager being interviewed at work about his own training techniques. Now Doubleshot have kindly asked me to star in some commercials advertising their own services. If you visit doubleshot.tv then you will see the main video on the front page with the handsome gentleman in that screen shot above. I also shot another couple of little clips that will be appearing at some point on social media, and did VO for a couple of animations. They’re also very nice people! 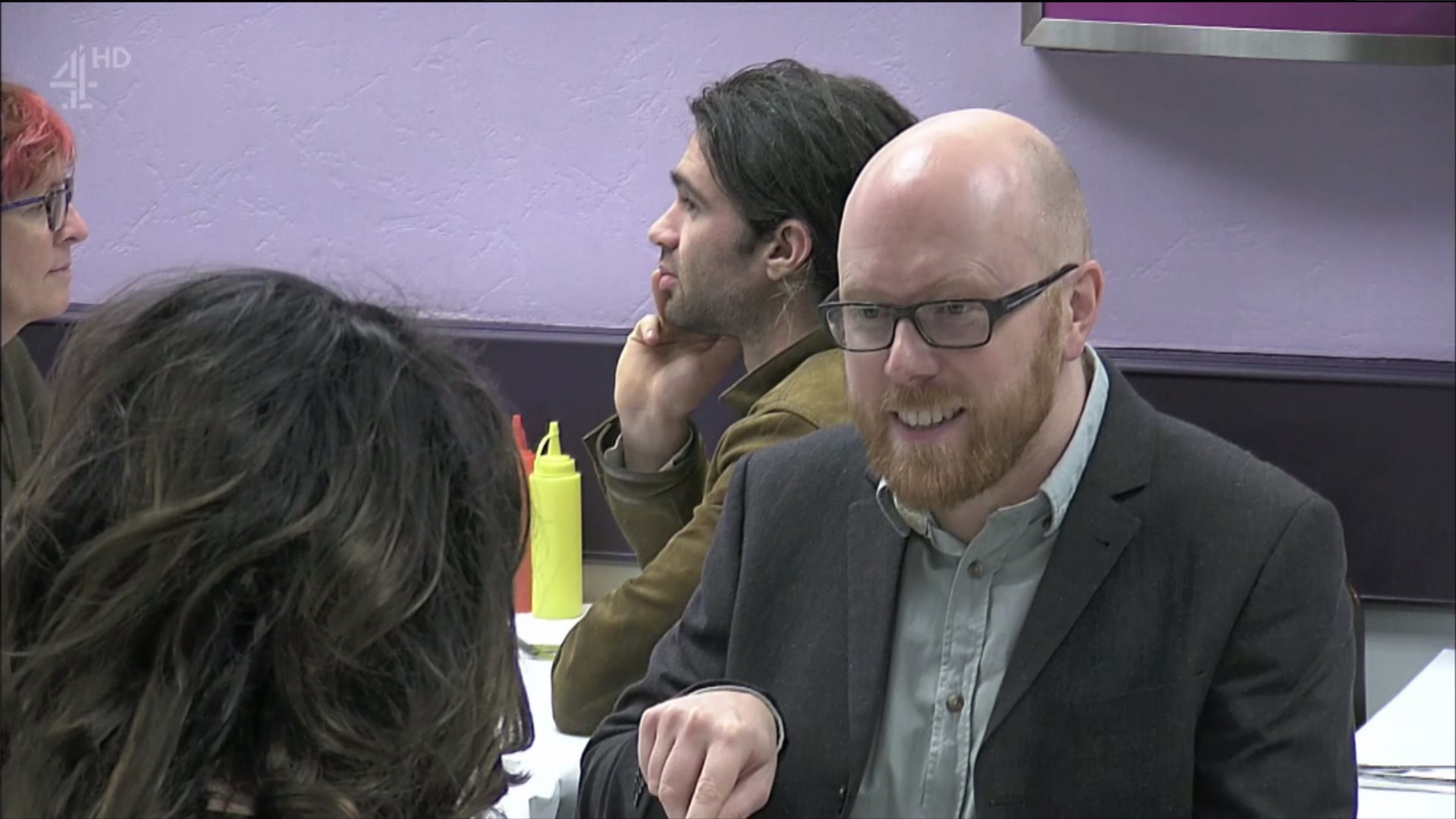 Check it out guys! I was in my third Alan Carr’s New Year Specstacular last week. That’s me on a date with Nicole Scherzinger (Alan) right there. You can watch it on 4OD of course. The segment I’m in is after about 48:35 and my main bit is a couple of mins in. Great working with Alan again (he seems to remember me) and director Tommy Forbes. Insider info – just before I stand up I did have a line “I’m going for a shit” which they cut…

Hey, you know that gig I mentioned a couple of blog posts back? Well here it is. We played 11 songs (actually surprisingly well) and what’s not to like about a sweaty man in his 30s playing drums in a Xmas jumper? (Great drum fills after around 39:40! ha!)

Now this is an interesting one. Sorry, “interesting”. About 5 years ago, I got brought in to try out for the lead in a comedy pilot called Rules of Life. Obviously I’m amazing so I got it (I don’t think they saw that many people for it) and we filmed a 30 minute pilot over a number of weekends. Those weekends were actually spread over about a year as I recall, and we finally wrapped in late 2011.  Once it was edited Steve Whyley, the writer, spent considerable efforts in getting people interested. He got Catherine Bailey (Quick Cuts, Life of Riley) on board who helped him re-write the scripts for the whole series, and pitched it to the BBC and Comedy Central. Sadly it didn’t get picked up, but I always remembered particular bits of that pilot being pretty good, and it was close to my heart as one of the first major roles I’d done in something, as well as having met great people during the filming who I still keep in contact with and have worked with since like Jenny Gayner and Pete Halpin (although he posts so many photos of his baby now I might remove him from FB) so I mentioned to Steve that maybe it could be edited into a web series? Long story short… Martin the editor couldn’t seem to find the original footage so I ended up re-editing it myself in Windows Movie Maker using an MP4 version of the pilot I had. It’s the software I use for my show reel so how hard can it be? Pretty fucking hard as it turns out as it’s not really designed for that, but anyway, I managed to pull together 4 episodes from the pilot of around 3 minutes each by quickening up the edit, cutting anything that we could lose for time, re-recording a bit of VO, adding new theme music and credits to fit in with the original animation (that used a song we didn’t have permission for) and there you go. There was stuff I had no control over due to only having the exported edit but I think it’s OK. I’ve still got a 5th episode to finish but Episodes 1 to 4 are available to view right now using the embedded playlist above! I know, I look young. I just said it was filmed 5 years ago didn’t I. Please check it out anyway! I think we’re looking to film more in the new year, and bring Stan back from the dead.

You know, “back in the day” I used to do a lot of music stuff. Now I don’t do so much. But here’s me doing a bit. I play drums in a band called The Pistol Gang & The Preacher (with Sam of Rich Keeble Vanity Project fame and Matt Jarman of Goodbye Sergeants fame). We’re doing a gig on Saturday at Matt’s studio in Tottenham. Why not come along!

hi guys! You know that Ben Green guy? The one from the Lidl advert that I’m in who is actually in it for longer than 3 seconds? Well he’s got a new podcast called “Things I Wish I’d Never Bothered Doing” that’s out on iTunes and Soundcloud, and guess who the first guest is? Bloody me isn’t it. Check it out! I sound like a right arrogant git at the very beginning, but it’s OK after that. We were drinking.

admin / Acting / behind the scenes, Topcashback /

Topcashback behind the scenes

Funnily enough I was showing my mum where to find my Topcashback advert on Youtube, and the above video popped up as a suggested next video. It’s quite interesting – you get to see me mess up a line, and have my head deshined. My mate Sam actually said he laughed out loud when he saw that. What a meanie.

Me on Shoreditch Radio

Oh hello. The other week I was a guest on the Richard Wolfenden Show on Shoreditch Radio with comedian Maria Tea and musician Tala Kaleem. You can listen to it in that player thing above. I did talk about myself a lot but then he did ask! I also seem to think everything is about sex. It was fun though! Very nice people!

So as of Sunday 1st November, the new Lidl Christmas advert has been all over the internet and presumably the TV. This is the 60 second version and I’m in it after about 16 seconds talking about lobster to a very nice gentleman who’s name I’m afraid I’ve since forgotten. Obviously my appearance is very brief, and I don’t know if I will appear in another version or “lesson”, but I’m very pleased to see some really nice performances from my other teacher friends. My “class” was literally a cookery lesson so wasn’t one of the jokey ones involving the director’s dog or sprouts in kettles, so let’s see if any of that surfaces at some point!

But here we are guys… with my Topcashback and Property Partner adverts still showing (see previous posts) you can call me Rich “Three Ads” Keeble. What do you think about that eh? Or Rich “Too much ginger on my TV, please get off” Keeble? Oh come on, at least Property Partner is a Voiceover…? Guys…?

(The whole Lidl Christmas campaign is trending rather enthusiastically at #SchoolOfChristmas)

So that’s me in the new Topcashback advert isn’t it. On a hippo. It was a really fun day with a great team, and I must say, what a dashing hippo!

Here’s the teaser trailer for new short The Dependents by my friends Luke Kaile and Sam Gridley, that was released yesterday. “This is the future, where human life is a commodity and cold-call salesman Frank guards a dangerous secret…”
That’s me in the mask and gloves, chasing the girl across the field at the start. I think they’ve done a great job and I can’t wait to see it!

This is a TV ad that’s currently showing for Property Partner that I did the voiceover for. I think it’s pretty good! Very nice people.